The End is Almost Here It is May and most homeschoolers are starting to wrap-up their school year. Here at our house, we sort of school year round. This is due mainly to our belonging to the The OldSchoolhouse Review Team. That said, we tend to start new curriculum around August-September which means ending around May/June.

It is that time of the year and we have and are just about finishing up a few of our curriculum for this year:
We still have about 7 weeks of TOG to complete so this will take us till the end of June, so we will keep doing Math, French and science and Logic till then. Once TOG is done, we will stop the other subjects as well. That said, I am still debating whether or not I will have them continue with French doing the summer..
Just because we do some school year round does not mean we do not have vacations. On top of our there and there weeks off during the official school yea,r we also take some full weeks off during the summer.:
The rest of the summer, that is from the end of the official curriculum to the start of the official new year (usually June/July to August), we will only be doing new review items, lots of reading and may be few science experiments.

On my part the wrapping up of the school year is exciting as I get all jolly about planning the next school year. I am eagerly expecting a copy of the Hey Mama Schoolhouse Planner to get started. I am looking forward to started Tapestry of Grace Year one in the fall and getting to planning it.

Anonymous said…
we also school all year really ... although we do tend to cover the curriculum part more during the traditional school year
great post !
May 17, 2014 at 3:34 PM

Education is a Life said…
I'm another all-year homeschooler, though we're just getting started. (My oldest will be starting grade one in the Fall.) It makes so much sense for us now...we have a different focus in the summer than we do during the colder part of the year, and we don't lose ground on reading or math.
May 17, 2014 at 5:51 PM

Leanne Seel, CA said…
We also do some "school" in the summer - on a reduced basis when it's raining or we don't have anything else going on. I find it takes the pressure off during the rest of the year and just gives us more flexibility overall.
May 18, 2014 at 4:12 PM

Lisa Marie said…
I'm a "whenever I feel like it" schooler LOL. I'm trying to put us on a March - December schedule to co-incide with my hubby's seasonal work. Then for December-February do "less" schooling, but still learning.

Popular posts from this blog

July 19, 2012
Given our technological era, the need for keyboarding skills is evident. Though I believe that proper handwriting should still be taught to our kids, teaching our kids to properly use a keyboard is very important if we want them to be able to survive in this age of computers and the likes. This being so, lots of companies try to develop keyboarding skills programs for our children. I received such a program a few weeks ago for us to try and review. Keyboarding for the Christian School is a keyboarding curriculum design to teach kids to learn to type efficiently. The program is in the form of an e-book as opposed to being an online typing program. You can either print the e-book or put it on a mobile device such as an Ipod, Ipad, Kindle or Blackberry, and read of of it as you do the typing, by propping it up next to your working computer (you could use a laptop too). The author of the program explains her choice this way: "W hy choose a printable e-book versus a web-b
Post a Comment
Read more

Writing & Rhetoric - A Writing Curriculum Review and a Giveaway

July 13, 2015
Curriculum choosing and buying can be a very daunting task. So many subjects to cover, so many curriculum to browse though, and so many companies to consider. Today I would like to share with you a product and a company that I have come to hold in high regards. When it comes to teaching writing to the boys I was not sure which way to go, as I would not exactly consider myself a great writer. Then came along Writing and Rhetoric from Classical Academic Press. I heard about it when the second book in a series of twelve just released, and I was immediately intrigued. You see I homeschool classically, and writing is an integral part of it. Classical Academic Press puts out products geared towards classical homeschooling, so there you had  the first common ground. I was searching for something that would teach them what writing was, and guide them through the process incrementally, without bombarding them with pages and pages of writing right from the start. I found what I w
24 comments
Read more

Toronto - A Homeschooler's Trove for Field Trip Ideas and a Giveaway

March 25, 2015
I live in the GTA (Greater Toronto Area), which is in the province of  Ontario in Canada. Canada is known to be a very accepting, loving and beautiful country. Since we moved here about 9 years ago, we have enjoyed living here. We started homeschooling shortly after moving and field trips have always been part of our yearly activities, whether with a homeschooling group, or with the family. This month the Canadian Blogging Team is taking you around the GTA on a virtual field trip. Come on along and see all the places Canada has to offer. I will list here all the places I would take you if you were to pay me a visit, and all the places we have taken out boys, or hope to soon, on Field Trips. The CN Tower , right downtown Toronto, one of the hallmarks of Toronto. Not to be missed! The Ripley's Aquarium , the newest attraction in Toronto, right downtown as well, and definitely worth the visit. This is also a place great for a field trip, which is how we went. The Ont
3 comments
Read more

Homeschooling for His Glory

Promote Your Page Too 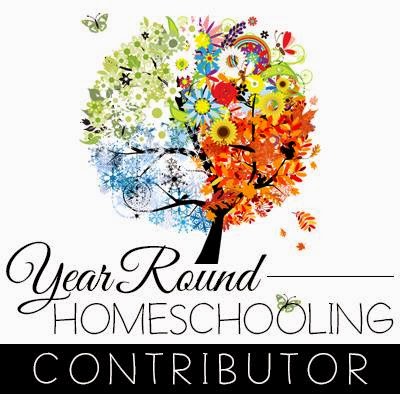 Father, Whate'er of Earthly Bliss
Father, whate’er of earthly bliss
Thy sovereign will denies,
Accepted at Thy throne, let this
My humble prayer, arise:
Give me a calm and thankful heart,
From every murmur free;
The blessing of Thy grace impart,
And make me live to Thee.
Let the sweet hope that Thou art mine
My life and death attend,
Thy presence through my journey shine,
And crown my journey's end.
--Anne Steele (1716-1778)